For 24-hour coverage, check out http://www.i24news.tv/en/tv/live

When I am at home in New York, I routinely check the weather as soon as I wake. After five days in Israel, I now find myself checking a different number: How many rockets were launched while I slept? The answer: 130 on Sunday night alone. As we press the send button there are reports of a possible cease-fire agreement. We can only hope that the sirens will stop soon.

Yesterday, the Jewish Federations of North America Emergency Response Allocations Committee for Operation Protective Edge convened and allocated nearly $5 million to help our partner agencies defray the costs of the additional services they provided during the first week of hostilities.

Last night, a group of 25 Federation leaders arrived in Tel Aviv. I never cease to be amazed by the power of our community when we mobilize together. These lay and professional Federation leaders jumped on a plane with barely 72 hours’ notice to demonstrate their support for Israel.

Early this morning we headed down south to show our solidarity with the people closest to the line of fire, and to see for ourselves the work of our partner agencies in action.

Our first stop was Barzilai Medical Center in Ashkelon, nine miles from Gaza. The medical center is one of those contradictions you find throughout Israel. It is the primary facility serving the wounded from the south—Israelis as well as injured Palestinians from Gaza, often used by Hamas as human shields. 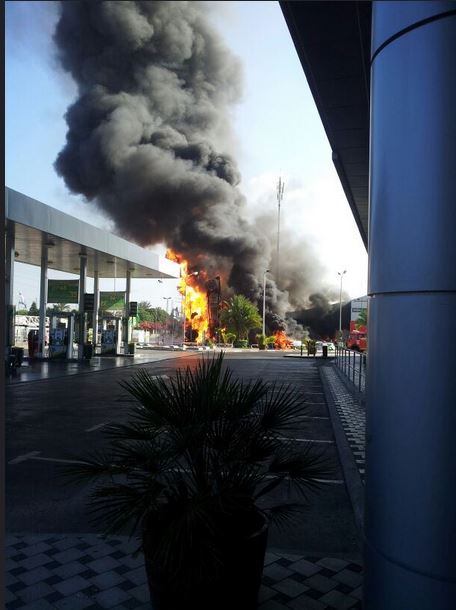 Hospital director Dr. Hezi Levy told us that the neonatal unit and the emergency room have been moved to reinforced shelters on the site. Despite its proximity to the zone of fire, the medical center is still not completely fortified. Fortunately this will soon change, as the hospital is beginning a renovation to make the entire facility a secure space, thanks in part to Federation money.

The importance of this project was underscored as we left the center. Another red alert sounded and we scrambled back into the emergency room bunker—a scramble that has become all too familiar for Israelis this past week.

Later we headed towards Sderot, less than a mile from Gaza. In this town, every child of bar or bat mitzvah age has lived their entire life under rocket fire, huddling in bunkers during more than 700 red alerts, the siren calls that warn people to get to a shelter.

Our group was anxious to spend time with the people there. We wanted to remind them that we—and they—are part of the same global community, an extended family.

Sderot is a fortified town in a number of ways. Mayor Alon Davidi told us he wants residents to feel safe wherever they are. So Sderot has innovated its own architecture, so to speak. Its public buildings, bus stops, schools and indoor playgrounds—where kids play and study, where families gather for picnics and games—are built to withstand rockets.

The Amigour Apartments in Sderot are a unique example of this architecture. Amigour is one of the largest builders of public housing in Israel, and is owned by the Jewish Agency and United Israel Appeal. In Sderot, the company owns apartment buildings constructed with bunkers in each unit, and it has retrofitted each and every residence in the city with a safe room.

Although three homes were destroyed by rockets in Sderot over the last week, thankfully no lives were lost as a result. We met with some of the families who were victims of these attacks.

We wanted to express our support to them, and they thanked us not only for being there, but also for the financial assistance they received from Federations. The Federation-sponsored Fund for Victims of Terror helps Israelis within minutes of an attack, providing money for clothes, shelter and other needs. One 34-year-old father of two told us that he was able to take care of his family thanks to this aid.

P.S. More details on the important work of our partners below.

American Jewish Joint Distribution Committee
--JDC is widely distributing activity kits for use by children in bomb shelters throughout the South
--300 JDC young Israeli volunteers are running recreational activities for children in those bomb shelters
-- JDC is running a program for seniors via the Internet, including sessions on meditation and dealing with stress, and other issues facing elderly Israelis.
-- JDC is running respite activities for vulnerable populations, including a one-day get-away for more than 100 mothers and children who traveled to Mitzpe Ramon to get a break from the rocket attacks.
-- JDC is running a field blog. You can sense the pervasiveness of the rocket attacks in the sampling of children%u2019s questions about rockets.

The Jewish Agency for Israel
-- The Jewish Agency is working with some 3,000 new olim in absorption centers to support and help them cope with the trauma associated with the violence.
-- Ensuring that all children in youth villages and participants in Israel Experience programs (summer high school participants, Taglit-Birthright, Onward, Israel and Masa Israel Journey) are safe, and, where necessary, providing more secure/alternate accommodations.
-- Helping provide summer camp and other essential programming away from the main conflict zone for the thousands of children living in the line of rocket fire from Gaza.
-- Working closely with the government of Israel on all these activities, as well as on special operations, as commissioned by Israel’s National Security Authority and the Ministry of Defense. JAFI’s security personnel works closely with local municipalities, Israeli police and the Israel Defense Force’s Home Front Command. 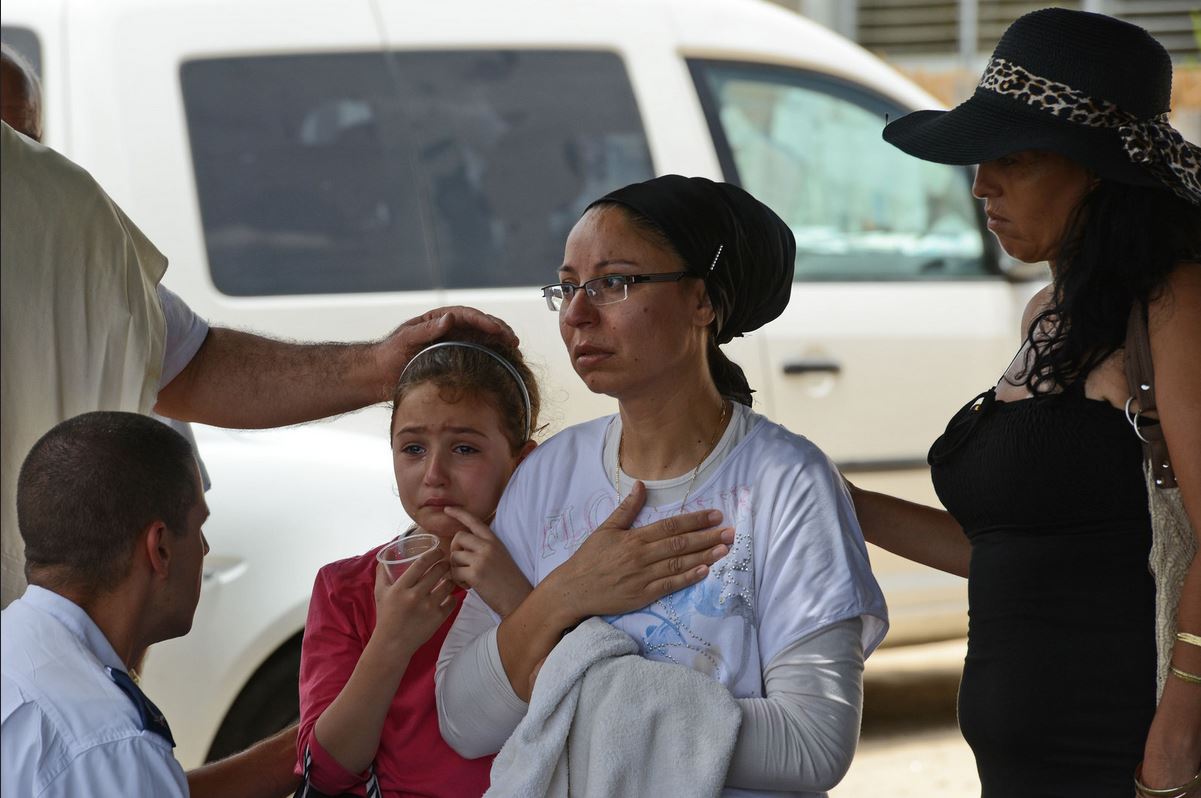 -- Hotlines: Over Shabbat there was a spike in calls from Beer Sheva and Ashdod, which were particularly affected by the intensive barrage of rocket fire overnight, and from residents of Nahariya which was attacked by rocket-fire from Lebanon that reminded residents of the difficult days of the Lebanon conflict. According to Natal, 25% of hotline calls are from parents. Most of the calls deal with how to calm children and the correct way to discuss/explain the situation to them. Many calls are from people who are struggling with prior trauma.

-- On Sunday, over 130 rockets were fired at Israel from Gaza, 100 of which hit Israel and 22 of which were intercepted by the Iron Dome.
-- Hamas launched a drone toward Ashdod Monday morning. It was shot down by a Patriot missile battery.
--On Sunday night, a Hamas-fired rocket fell short of its Israeli target and landed on the line that provides power from an Israeli power plant to over 70,000 Gaza residents. The rocket severed the line and those Gazans are now without electricity.

-- Photos from the Israeli Ministry of Foreign Affairs show how rocket fire is affecting everyday life.
-- This video shows how difficult it is for the mobility-impaired to run to shelter in 15 seconds.
-- This video shows a parent driving their child to kindergarten in the morning, interrupted by rocket fire.
-- This video illustrates how Hamas fires rockets from heavily-populated civilian areas.
-- Soroka Medical Center in Beer Sheva has seen a 10% increase in patients admitted while in labor over the past week, a phenomenon staff attribute to the stress of rocket fire and the constant blaring of sirens.

-- The Hof Ashkelon Regional Council was declared a closed military zone.
-- The ninth Iron Dome defense battery is being prepared for use.
--The IDF continues to facilitate the transfer of aid to Gaza. Since the beginning of Operation Protective Edge, it has allowed 260 trucks containing over 4,400 tons of food into the Gaza Strip, as well as 900 tons of gas and 3.3 million liters of fuel. In addition, the IDF has enabled the entry of over 500 donated portions of blood to civilians in Gaza.
--Watch soldiers speak about their mission to protect the country.
-- This IDF video shows a pilot calling off an airstrike on a terrorist hub of rocket launchers after identifying children standing around the target.
--This video shows an IAF plane targeting a rocket-launching site built next to a Gaza school.