Darren Schwartz has been appointed Chief Program Officer of The Jewish Federation of San Diego County.  He will provide leadership for the Community Partnerships staff and work with Caryn Viterbi, Vice-Chair for Community Partnerships to further Federation’s strategy to create a vibrant, caring, connected and enduring Jewish community with our local, national and global partners. 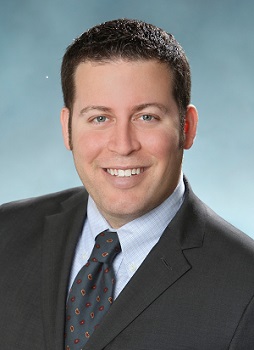 Michael Sonduck, Federation’s President and Chief Executive Officer made the announcement after concluding a national search which included candidates from San Diego and across North America.  Speaking of Schwartz, Sonduck said, “Darren’s dedication, commitment and dynamism are extraordinary!  We are thrilled to have Darren as Federation’s CPO and look forward to his contribution to our Jewish Community.”  Darren was recently named Consensus Organizer of the Year by San Diego State University’s Consensus Organizing Center for creating innovative partnerships between Motiv San Diego, local youth, and the Jewish Community.

Darren is the Director of the Jewish Teen Initiative, a partnership of Federation, the Lawrence Family Jewish Community Center and the Jim Joseph Foundation. JCC and Federation professional and volunteer leadership are deeply committed to the partnership and have already begun planning for Darren’s replacement.  Darren joins Federation with 10 years of Jewish communal experience, including Young Adult Manager for Federation and Philanthropy Officer at the Jewish Community Foundation.  A San Diego native, Darren holds a Bachelor of Arts in Political Science from University of California Davis. Darren lives in Del Cerro with his wife Dara, and their two children.

The search for a new CPO was led by San Diego based management and nonprofit executive search consultant, Pat Libby, former Director of the Nonprofit Institute at the University of San Diego.

Please join us in welcoming Darren back to Federation and congratulating him on his new position.