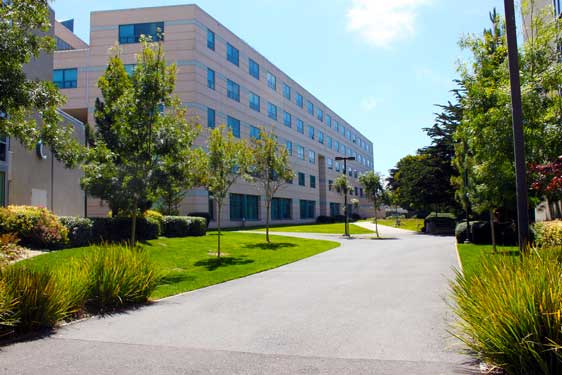 The California State University (CSU) agreed to a settlement on March 20 that includes them issuing a statement acknowledging Zionism’s importance to Jewish identity.

The case, Volk v. Board of Trustees, involved two San Francisco State University (SFSU) Jewish students, identified as Liam Kern and Charles Volk, alleging that SFSU and the CSU Board of Trustees engaged in anti-Semitism against them when SFSU prevented the campus Hillel from participating in the campus’ “Know Your Rights” fair in February 2017. Kern and Volk also alleged that the university failed to effectively respond to anti-Semitic incidents on campus. These would constitute as violations of California’s Unruh Civil Rights Act, Kern and Volk argued. They were represented by The Lawfare Project and Winston & Strawn LLP.

According to a copy of the settlement obtained by the Journal, CSU will issue a statement stating that it will protect the rights of all students at SFSU, including Jewish and pro-Israel students, and will acknowledge that “for many Jews, Zionism is an important part of their identity.”

SFSU will also be required to hire a coordinator for Jewish Student Life, refer any cases of religious discrimination to an outside investigator and allocate $200,000 toward “educational outreach efforts to support education outreach efforts to promote viewpoint diversity.”

“California State University’s public recognition that Zionism is an integral part of Jewish identity represents a major victory for Jewish students at SFSU and across the country,” Lawfare Project executive director Brooke Goldstein said in a statement. “Today, we have ensured that SFSU will put in place important protections for Jewish and Zionist students to prevent continued discrimination. We are confident that this will change the campus climate for the better.”

A university spokesperson said in a statement to the Journal, “Today’s settlement in the Volk v CSU case brings an end to what has been a very emotional and challenging issue for all parties involved.  We are pleased that we reached common ground on steps for moving forward. The settlement contains items related to student programming; education and training efforts; review of policies and procedures; and opportunities for consultation with experts in the field on our efforts.  It should be noted that many elements build on efforts already initiated by SF State toward improving campus climate.”

“The settlement emphasizes the importance of improving student experiences and student lives,” the statement continued. “It allows SF State to reiterate its commitment to equity and inclusion for all – including those who are Jewish – and reaffirms the values of free expression and diversity of viewpoints that are so critical on a university campus.”

The full settlement can be read below: 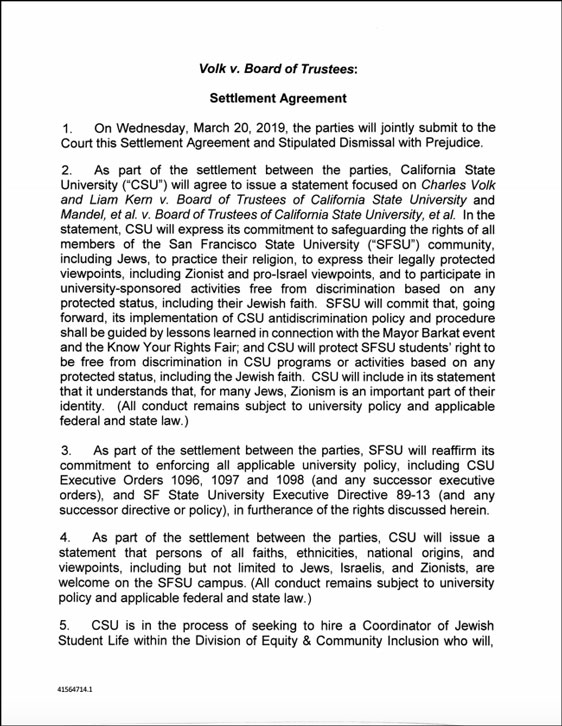 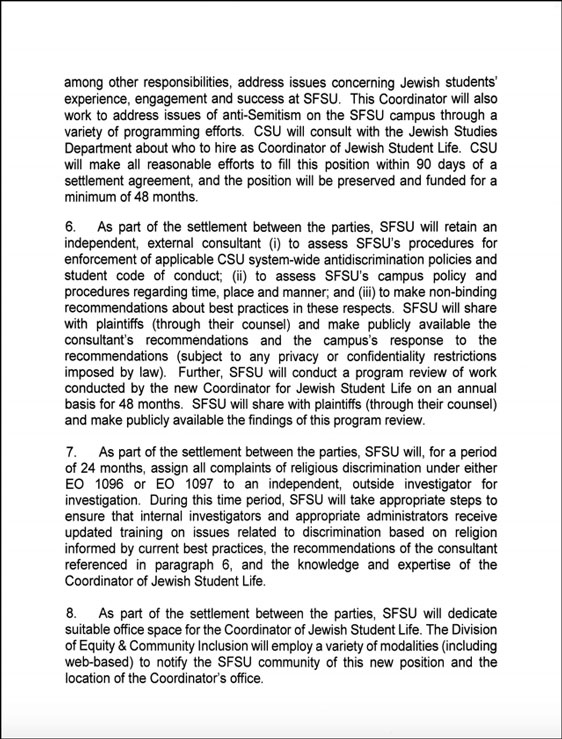 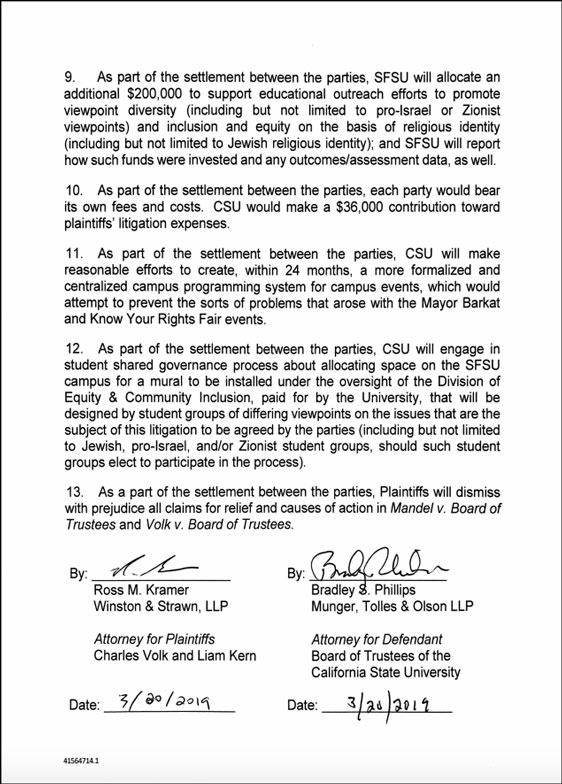 The headline of the original story appeared as, CSU to Acknowledge ‘Zionism Is an Important Part of’ Jewish Identity in SFSU Case.