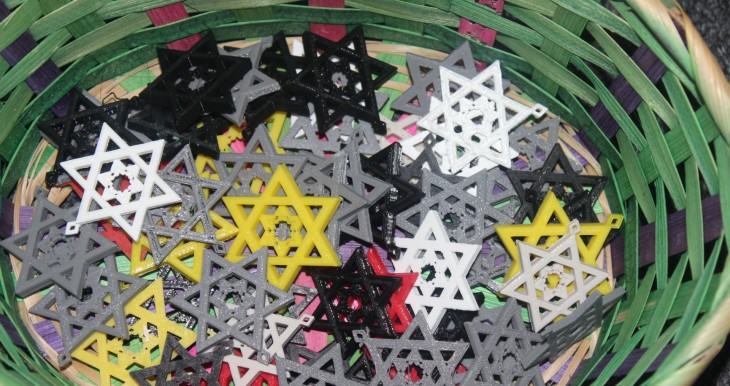 By supporting Federation you enable us to fund life saving missions run by our partner The Jewish Agency for Israel, you help make programs like this possible.

For Independence Day we have decided to bring you a story of hope, and behind every story of hope there is a dreamer fulfilling their dream. In this case, the initiator and dreamer we are speaking of is Asaf Brimer, a former Israeli Airforce Pilot. After his service, Asaf served as the chairman of a mountain village in the Galil region, where he first decided to create Moona - a program that would allow his children to meet other kids in the area.

Moona is a space for economic and social change in the heart of the Galilee.

It is aimed to enable individuals from a variety of cultures, genders and sectors to dream and fulfill their aspirations, through enhancing education, entrepreneurship and scientific–technological innovation as a means for regional development in the Galilee. Moona was founded in 2013 by Asaf and was launched as a space for science, technology and space.

“It was a process,” Asaf says. “I understood that living in the Galil opened the opportunity to reach out to the Arab villages in the area. I didn’t want, and still don’t want today, for my children to live in a bunker with their Jewish population. Branching out is important because it moves life forward.”

The Jewish Agency for Israel, and the Karmiel-Misgav and Jewish Federation of Greater Pittsburgh collaborative - part of The Jewish Agency's Partnership2gether Peoplehood Platform that partners global Jewish communities with Israeli communities - believed in Asaf’s idea and helped him from the beginning.

Sue Linzer, who is involved with P2G, explains, “Asaf Brimer came to us with an idea to create a technology center that would represent the joint life (of Arabs and Jews) in the Galil. I, as a member of the partnership, went to check out the program when it was beginning – when it was still based in Sakhnin. I met with people from the technology world and they told me that Charles Frank Bolden, Jr., the current Administrator of NASA, had visited the program before me, and of course that showed me that the project was official. At the launch of the program Space for Change, as it came to be known, I was very impressed with how Asaf was leading the program. Since then, he has done wonderful work and connected his program with Gidi Grinstein’s Reut Institute - a non-partisan, non-profit strategy group that focuses on issues related to Israel and the Jewish world. We look forward with excitement, every time like new, to the continuing development of the project.”

We approach Asaf before Independence Day and ask him, in his opinion, how well Israeli society is living up to its charter of independence and he answers, “Independence Day is about freedom and democracy and offering everyone the possibility of developing, but the connection between our different populations is still affected by the fear of what’s different. We are trying in our society to change concern and anxiety into partnership and curiosity.”

“The problem is that after 70 years of independence, we are still dealing with polarity, separation and war, and are less focused on fostering connections between civilians. Not just between Jews and Arabs but between Jews and other Jews around the world. We are trying to change all of that by connecting all the different populations to work together – Moona allows for the existence of a joint society and provides activities for everyone without ‘high language’ or motives that we’re not interested in. We want to create together.”

Asaf says that Moona’s work toward improving society happens at various levels: in terms of development there are “mentors” that are alumni of Rafael Advanced Defense Systems Ltd , the Technion Institute, ORT Braude Academic College of Engineering and integrated projects with Jews and Arabs. 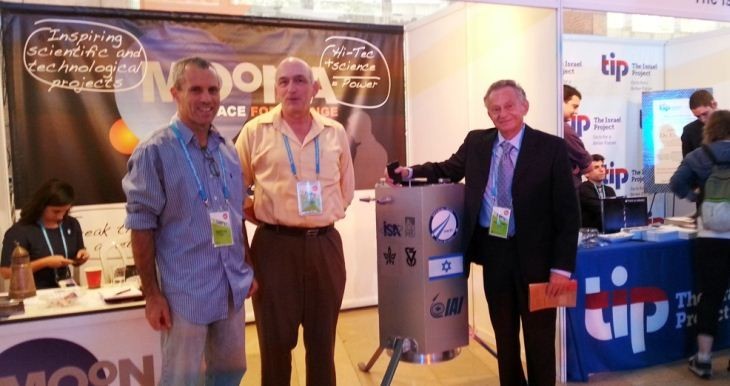 How many Alumni are there today?

Altogether, 3,000 people have been connected with Moona activities so far and there are 300 people who work on competitions and projects on a daily basis, Asaf says. One of the youth who was discovered and has become a regular participant in Moona programming is Khaled Abu Daoud Majd al-Krum.

Khaled Abu Daoud, a youth from the village of Majd al-Krum, where Moona is now headquartered, says he became involved because at a young age he realized that what interests him most is to develop hi-tech products.

"I am best at thinking technologically and I really want to be an inventor in this field - here is the place I believe in more than anything else," says Khaled.

Currently, Khaled Abu Daoud is working on a drone the size of a small plane and he explains that it’s already been featured in competitions.

Asaf Brimer looks at Khaled, who comes in regularly, and says, “He is a wonderful example of what happens here.”

The boy nods and brings over a basket full of stars in all sorts of colors that were designed and manufactured in accordance with a special software to distribute as a souvenir from the Moona students to members of P2G who came to visit the company.

Then Khaled leaves to the room next door and sits down with another friend, a graduate of Karmiel’s engineering program, who starts to teach him about an electronic device that controls drones.

Asaf watches on happily because what started as a dream is coming to fruition before his eyes.

"Today we are a company supported by hi-tech companies in Israel, but we could not have started and maintained the project without the assistance of the Jewish Federation of Greater Pittsburgh and their partnership with Karmiel-Misgav," he says.

"Their help with the manufacturing ensures the highest level of products while instilling personal development and teaching excellence," says Asaf.

But what is more important to him is sharing, being together, and working together.

The person who best describes what Moona is doing is former Israeli president, Shimon Peres, who says,

"If there were more such factories in the country – there would already be peace."