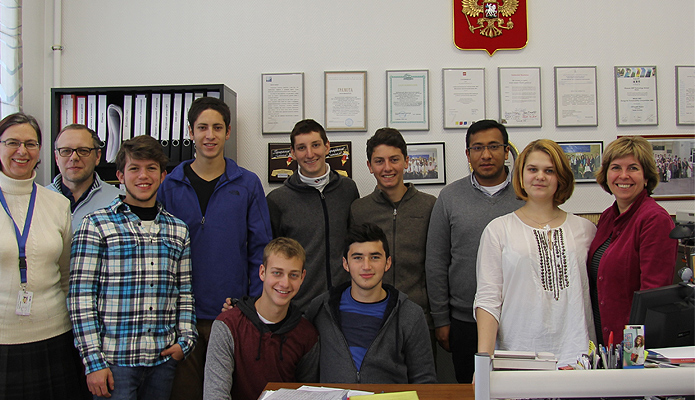 With tens of thousands of students across five continents, World ORT’s international network of schools, colleges and universities offers unrivaled opportunities for cultural and educational exchange.

There are, for example, the reciprocal visits enjoyed by students at Colegio Israelita de Mexico (CIM-ORT) and the ORT Moscow Technology School, through which members of the ORT family develop deep and enduring bonds by learning with and from each other.

“A group of Mexican teenagers went to Moscow and a few weeks later a group of Russians spent time in Mexico City. The students and accompanying teachers collaborated on robotics projects and learned so much together. But beyond that the children became immersed in their hosts’ culture and realized how different life can be,” said Amelie Esquenazi, World ORT Networking Coordinator for Latin America.

ORT Russia National Director Dr Sergey Gorinskiy added: “We often talk about the ‘ORT family’. Through these and other exchanges our students and teachers can see it is not just words.”

And students from ORT-CIM and Moscow ORT Technology School met again when they competed in the Nada Shoham Robotraffic competition at the Technion – Israel Institute of Technology.

Since joining the World ORT network six years ago CIM-ORT has also been developing closer ties with ORT Argentina.

“It’s not only students who benefit,” Ms Esquenazi said. “Visits to Argentina also involve teacher training. The exchanges which have taken place so far have created a strong bond; the ORT school communities in Mexico and Argentina are like brothers and sisters. This is one of the beautiful things about being part of an international education network.”