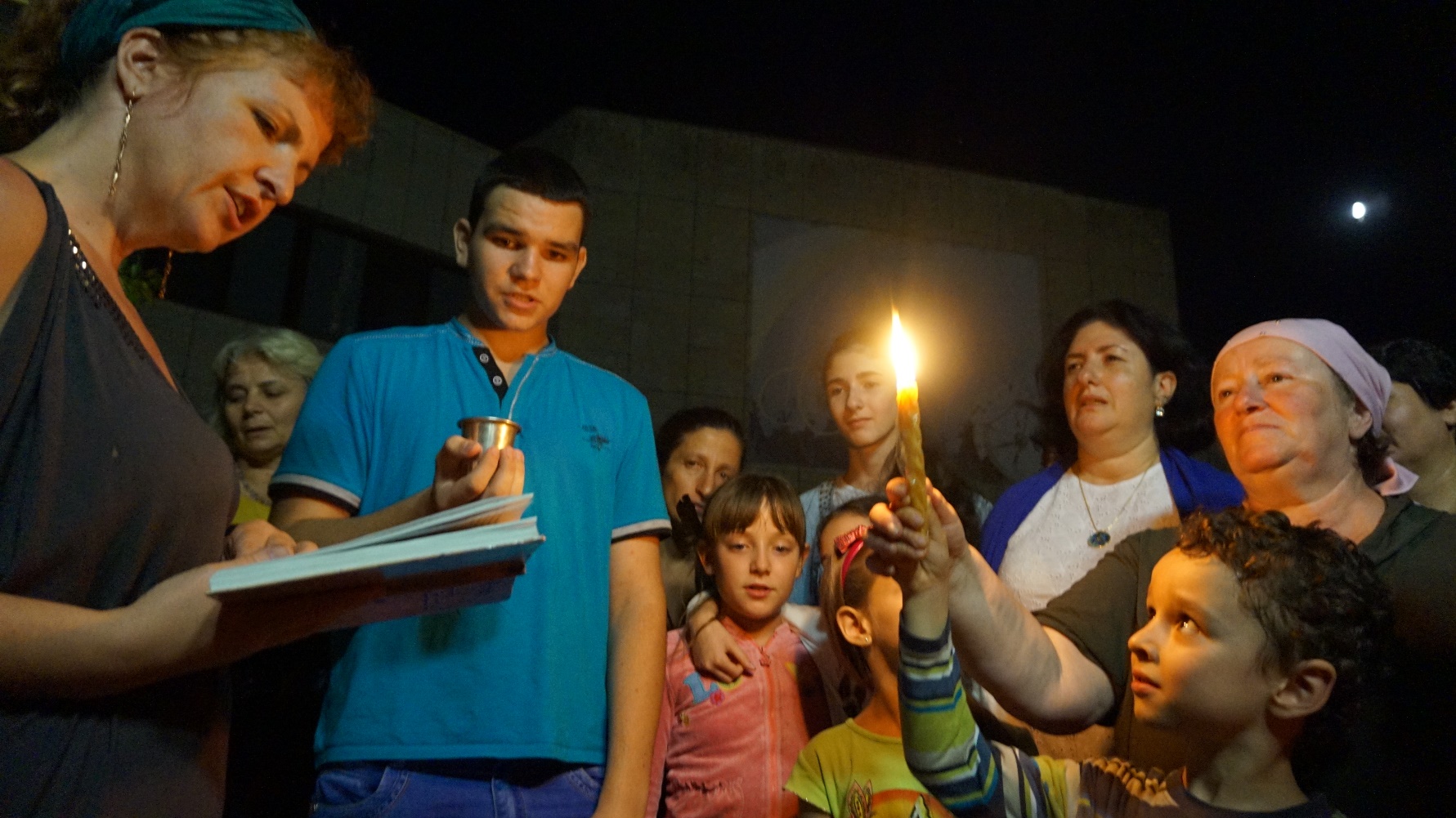 When you support Federation, you help us directly support the American Jewish Joint Distribution Committee (JDC) and their important work helping Jewish people all around the globe. Thank you for all that you do.

For the first time, 33 at-risk children and their families, with the youngest child less than a year old, traveled to a retreat center outside of Odessa for a celebratory Shabbaton -- a chance to rejoice and make lifelong memories.

These families receive food, medicine, and more from the Jewish Family Services of Odessa and journeyed many hours from their homes to reach the hotel. All received support from their own local JDC-supported Hesed social welfare centers in Belgorod-Dnestrovsky, Izmail, and Balta.

When they reached their destination, they immersed themselves in the experience. Quickly the retreat center took on the feeling of a family reunion. After lighting Shabbat candles and saying prayers over grape juice and challah, the group sang songs and discussed important Jewish values.

The group also got to engage in some rare luxuries: swimming in the hotel's pool, watching a live play featuring cartoon characters, eating pizza and special desserts, making their own chocolate-covered fruits, creating personal versions of Noah's Ark in an arts-and-crafts workshop, and developing their own business plans related to a Jewish community center.

Traveling from Izmail, 9-year-old Tanya joined the festivities along with her 12-year old brother Nikolai, both of whom receive services from a JDC-supported Hesed in their hometown.

"When I went to bed on Thursday, I had a dream that reminded me not to oversleep so I wouldn't miss the morning bus ride to Odessa," she said. "If I did, I would have missed out on three wonderful days."

She learned something new, too.

"I met so many new friends there, learned a new Shabbat song with my brother, and even went to a pizza place for the first time in my life, " Tanya said.

In addition, the group from Balta brought a special gift with them to the hotel in the form of a concert that marked the first time they sang and danced in front of a large live audience.