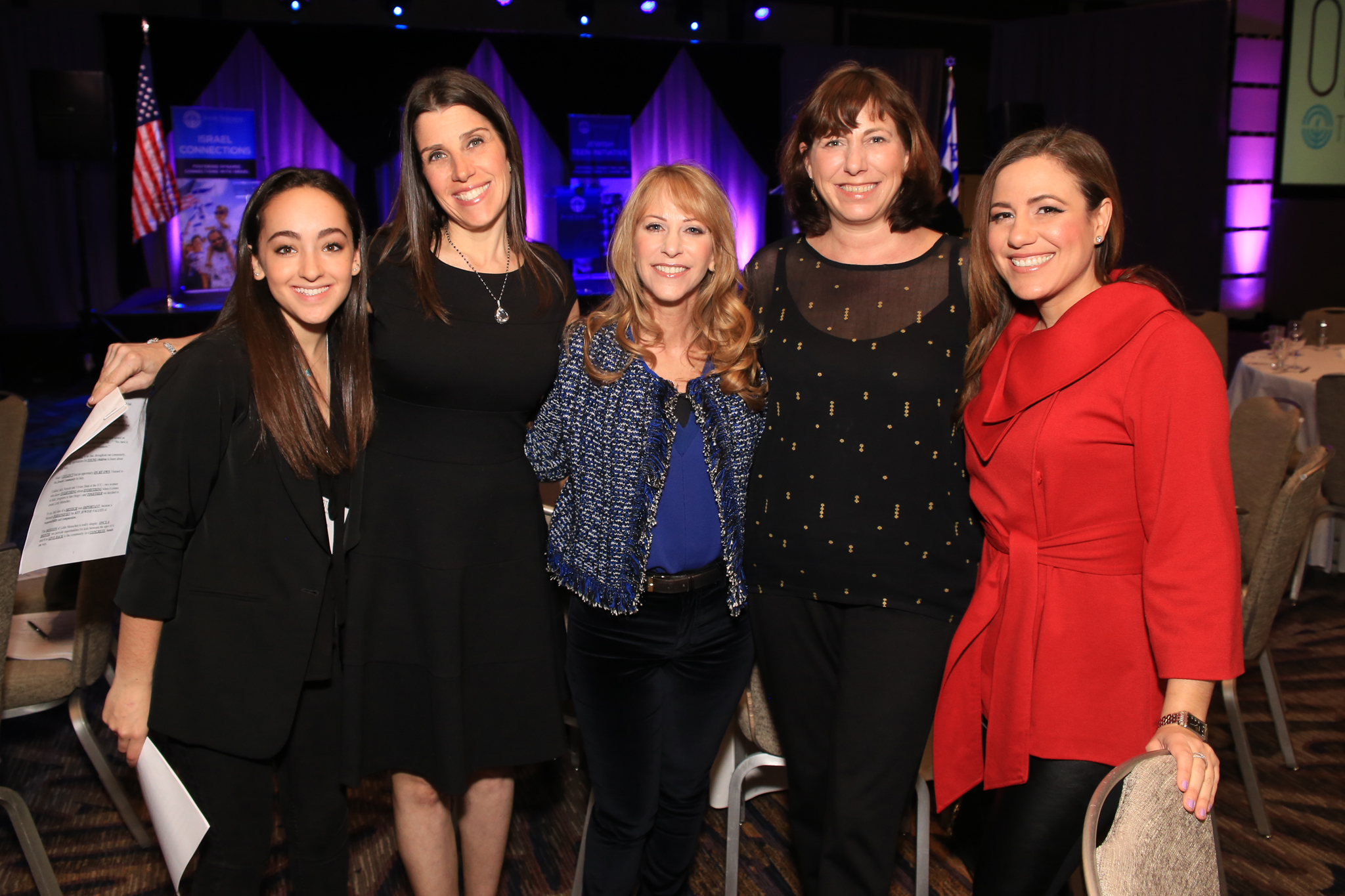 On Sunday, January 22, nearly 900 women from across San Diego’s Jewish community joined Federation’s celebration of the collective power of Women in San Diego. This year’s event was chaired by Raquel Benguiat, Andrea May Feinswog, and Lisa Kornfeld. The lunch highlighted three exceptional young women who are making a deep impact on our community. Raquel Benguiat articulately spoke about how Federation supports Jewish lives in Israel and around the world through our partnerships with JDC and Jewish Agency for Israel. Jessica Fink educated the room with her inspirational story about creating Little Mensches to teach her sons about the power of tikkun olam and giving back. Finally, 15-year-old Julia Bernicker mesmerized everyone as she shared her struggle as a teen to balance school, volunteering, and community and how all come together through Federation’s Teen Initiative. All participants had the opportunity to engage with Motiv teens doing a service learning project about body image issues.  The energy in the room was electric as women from various organizations Jewish shared their passions regarding the work they have been doing to change lives for the better throughout San Diego and the world.

The program also included and inspirational speech by keynote speaker Nancy Spielberg, accomplished businesswoman, fundraiser, and philanthropist. She is the sister of Steven Spielberg and has produced “Who Will Write Our History,” “On the Map,” and acted as a consultant on the Oscar-winning documentary “Chernoble Heart.” She executive-produced “Elusive Justice: The Search for Nazi War Criminals,” which aired nationally on PBS in addition to “Mimi and Dona,” chosen as one of the best TV shows of 2015 by the New York Times. Her documentary feature “Above and Beyond” is being developed as a narrative feature film with a studio. Prior to this, Spielberg produced a project for the Israeli government, “Celebrities Salute Israel’s 60th,” featured in Times Square on the NASDAQ screens for 1 month.

OPTIONS is a great opportunity for the community to see Federation’s work first hand and how Federation’s powerful volunteer leadership is creating community and making a difference. Each person in attendance can agree that they feel inspired by the scale in which the community supports this event. This year’s event focused on the New Federation and showing participants how Federation is innovating to make San Diego’s Jewish Community vibrant, caring and enduring.