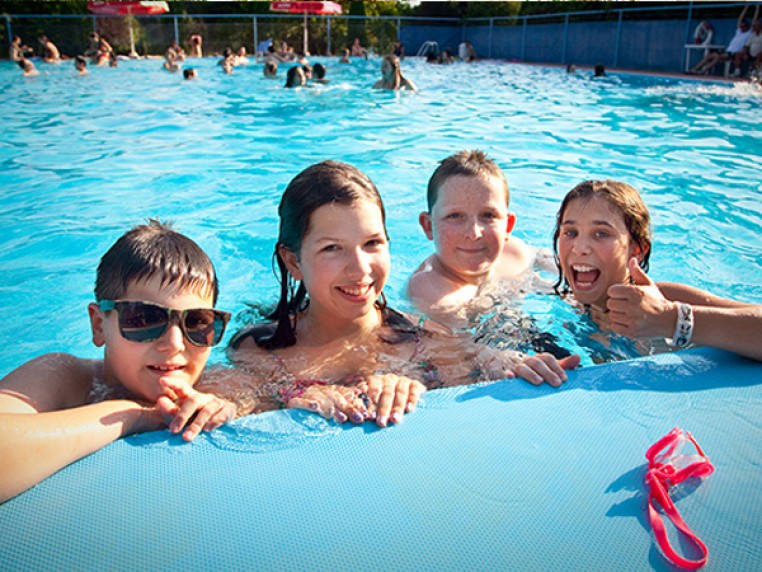 Jewish summer camp is a proven way to inspire Jewish values and culture in the next generation. The magic of camp’s communal environment allows young people to engage in Judaism 24/7 and builds a strong sense of identity, belonging, and connection to our Jewish community. For more than five years, Jewish Federation of San Diego County has partnered with the Foundation for Jewish Camp (FJC) to provide more than 600 children and teens with the experience of Jewish overnight camp thanks to the One Happy Camper incentive grant.

Oliver S. is one of just three kids in his grade who will have a bar mitzvah this year. To the rest of his classmates, he constantly has to explain what being Jewish means. It can be a bit lonely, to say the least.

But thanks to Federation, Oliver now spends his weekends traveling to attend the bar mitzvahs of his closest friends—his camp friends.

Oliver is one of 64,000 young Jews now attending Jewish overnight camp thanks to grants of up to $1,000 from One Happy Camper, a project of the Foundation for Jewish Camp in partnership with 40 local Federations, PJ Library and camps. These incentives are making a huge difference: Last year, 60 percent of OHC recipients were considering only secular summer activities or programs. Of those families, 30 percent would have otherwise kept their kids home.

For so many kids like Oliver, camp is the first time they’ve been immersed in Jewish community. He and his new friends play sports, swim and hike “but we also happen to say prayers…and celebrate Shabbat together each week. It all feels so normal yet Jewish,” he says.

And camp itself is only the beginning. The effects of those summers last long after August goodbyes. Later in life, Jewish campers are more likely to support Jewish causes and take on leadership roles in their communities.

Thanks to the spark provided by Federation, this summer is Oliver’s fifth at Jewish camp. “Jewish camp is amazing,” he says. “I could not imagine what I would do in the summertime if I did not go to camp.”

It’s also helped bring Jewish values to life in a whole new way. Now that it’s his turn to become a bar mitzvah, Oliver is making his first act of Jewish adulthood an act of giving—specifically, donating to the One Happy Camper fund at his Federation. “I hope that my contribution…will make it possible for more kids to feel like I do about camp,” he says.