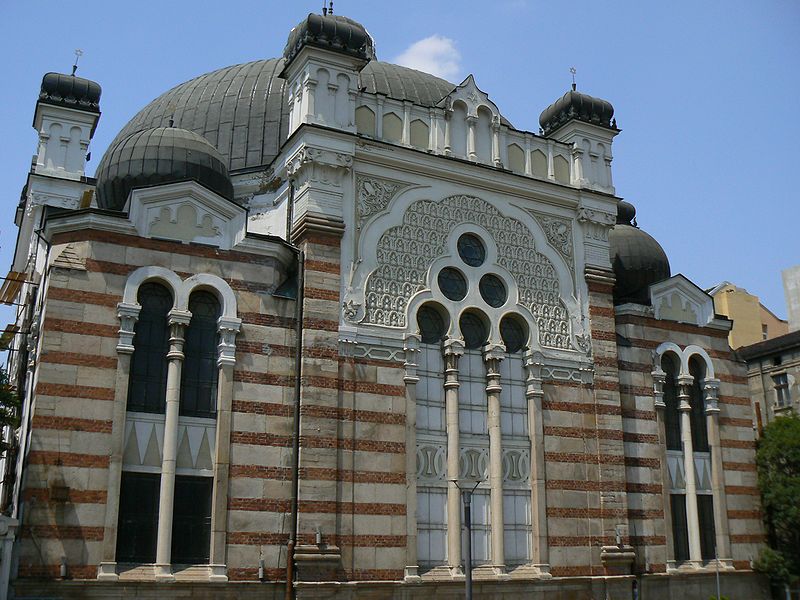 I can’t say I’ve ever spent much time thinking about Jewish Bulgaria, past or present. But if I had, I probably would have made the following assumptions based on what I thought I knew about Eastern Europe: (1) Bulgarian Jews were Ashkenazi; (2) they were shomer Shabbos (Shabbat-observant); (3) Their community was decimated by the Nazis, with plenty of assistance from local anti-Semites; (4) Those few who survived immediately set about rebuilding their cultural and religious Jewish lives.

So on Sunday, when I went down to Greenwich Village to hear Julia Dandolova, director of JDC Bulgaria, talk about Bulgarian Jewish life, I didn’t expect to learn a whole lot new. Truth be told, I was more interested in seeing a cool Perry Street carriage house.

Well, at least I was right about one thing – the hostess, Linda White’s place is way cool! [Note: Julia also spoke at a breakfast at JDC the following morning, chaired by Ron Burton and Steve Silverman.]

But as for my seemingly safe assumptions – wrong, wrong and wrong.  Here’s some of what I learned about Jewish Bulgaria, then and now.

The Jewish community was created by Jews expelled from Spain, so it was and remains almost entirely Sephardic and concentrated in Sofia. It was never particularly religious. And while, yes, Bulgaria cooperated with the Nazis, when Hitler wanted to move all of Sofia’s Jews to border cities, making it easier to deport them, Eastern Orthodox priests said if the Jews go, they’d go, too. Their congregants applauded and so did many other Bulgarians. The order was delayed, the war ended, and 50,000 Bulgarian Jews were saved. (Yes, history books will tell us that more than 11,000 Jews died in the camps; they were Jews from territories Hitler had given to Bulgaria, his ally. So there is a tragic story here, too.)

And even so, after the war, all but 5,000 of Bulgaria’s 50,000 Jews made aliyah. Those who remained, not a religious group to begin with, left dormant or hid their religious roots. Their kids grew up barely knowing what a Jew was, certainly not thinking of themselves as such.

But today? In no small part due to JDC’s active presence for the last 25 years, Jewish ethnic identity and cultural values are thriving. Kashrut, Sabbath observance, etc., all remain back-burnered, though Jewish literacy is way up. But tikkun olam, tzedakah, all the things that make me proud to be a Jew, are back with a vengeance. Children are going to Jewish summer camps, learning about their heritage. Teenagers are making tzedakah boxes, selling them to fellow Jews, collecting the money every few months, and distributing it to the needy. Sofia’s Jewish life is centered in the JCC and its programs. The one synagogue is not as vibrant yet, but an orthodox Rabbi from Israel who is learning Bulgarian is promising, and a community group has invited the first Reform rabbi to visit in February in the hopes of reviving interest in another version of Judaism.

Jewish values are strong and getting stronger by the day.

JDC Ambassadors will visit Bulgaria and Greece in October—  for more information on that and other international travel opportunities, go to http://jdc.org/letsgo