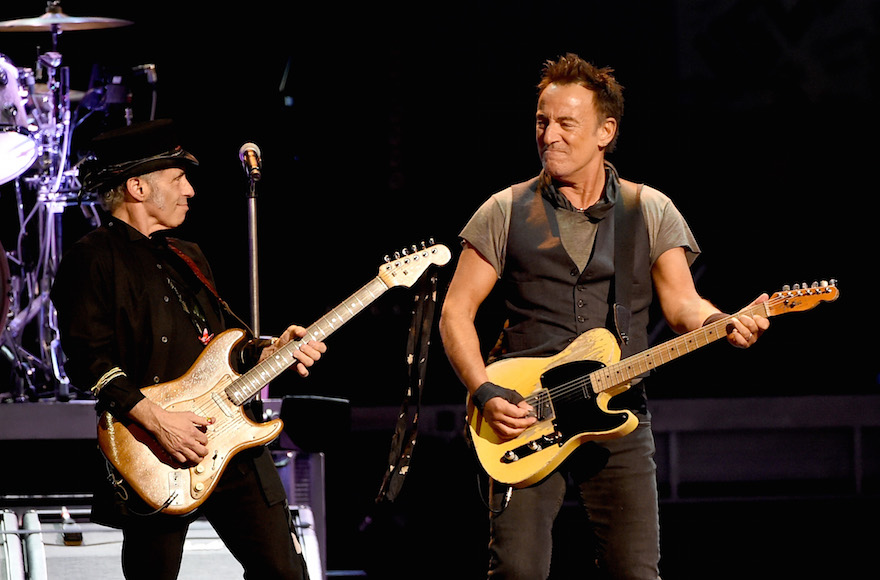 (JTA) — Bruce Springsteen’s longtime guitarist Nils Lofgren found himself in a pickle on Friday night: Just hours before a sold-out solo show in Dallas, he discovered that his four vintage guitars had been stolen.

Lofgren, who has also toured with Neil Young and Ringo Starr, tweeted that he was “devastated” by the robbery, but he promised fans that the show would go on.

Thankfully the search for a replacement axe didn’t take too long. Lofgren remembered that his old friend Howard Kweller — now a doctor, formerly Lofgren’s bandmate in middle school — lives in north Texas. A little over two decades ago, Lofgren gave Kweller’s son Ben a guitar for his bar mitzvah. Ben Kweller — who is a noted indie rocker himself — was more than happy to let Lofgren borrow the old bar mitzvah gift.

“Nils knows that guitar and he’s played it before,” Howard Kweller told CBS DFW. “He’s the ultimate performer. I have no doubt he’ll have an amazing show.”

Ben Kweller has opened up about his Jewish identity, notably to the UK’s Jewish Telegraph in 2004. He said that his family was the only Jewish one in Greenville, Texas, where he grew up, and that he became friends with his local rabbi.

“Being a Jew in a small town helped me form my identity,” he told Mike Cohen. “I am proud to be Jewish.”

In the end, Lofgren’s guitars were found by police, just a few days after he enjoyed the company of an old friend.