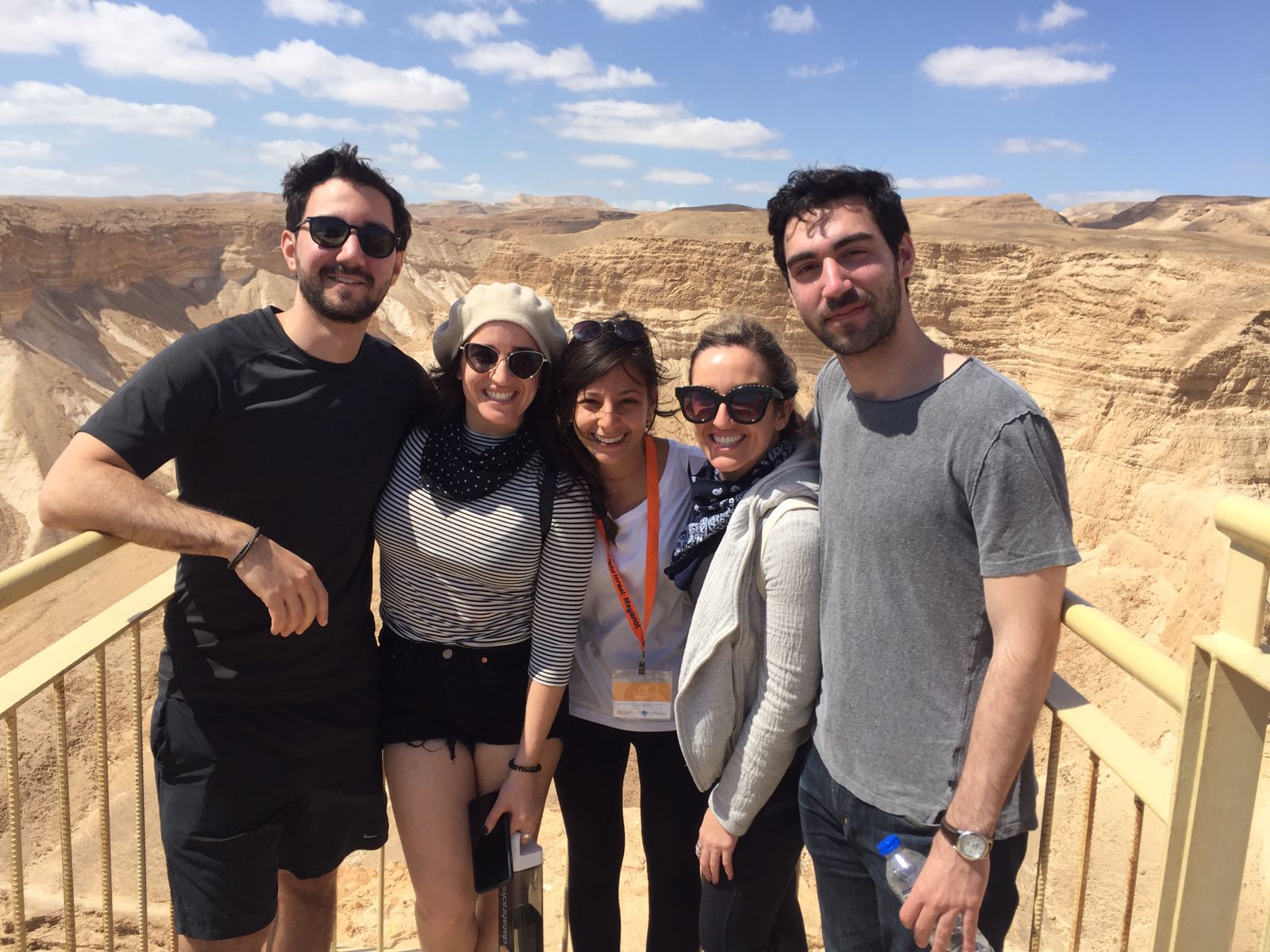 Young Israelis Ayelet,* a 23-year-old computer scientist, and Racheli, a 22-year-old speech therapist, accompanied a Mayanot Birthright trip from March 12-19 with the goal of traveling the country with contemporaries eager to learn more about the life of young Israeli adults.

Both reported that contrary to what they had expected before the trip, the experience made them question stereotypes about Americans, contemplate their Jewish identity, and boost their pride about their own society and land.

Ayelet, who is in the midst of planning a summer trip abroad with friends, hoped that the experience would shed light on what it’s like to meet foreigners and travel with the same group of people for a week.

Racheli, who has family in the United States, wanted to get to know other American Jews in hopes of doing another national service in America or joining a U.S. summer camp in the future.

Even after the first few days of the program, the American participants surprised both women, who had admittedly expected them to be a bit naive. Ayelet, who had “heard a lot about Taglit and Americans,” said she was “amazed and surprised” when she found the participants to be “very nice and mature,” as well as good conversationalists. Racheli noted that she could tell from their many questions that they “really wanted to know more, feel and discover Israel.”

“In the desert star-gazing experience, I was so surprised about how people shared such deep thoughts,” said Ayelet. “I was thinking about myself and my life in a particular way, and to hear how [broadly] others were thinking was really touching.”

Racheli, who also found the desert experience particularly “deep and touching,” added: “I can tell they had a goal when they came.”

She told Jewish News Syndicate (JNS) that “the way they chose to share was amazing. In the desert, some people said such deep things about their families and challenges, and shared them with us.”

According to tour guide and Mayanot tour educator Daniel Charter, who led Ayelet’s and Racheli’s group, the connection between the American and Israeli participants is his favorite part of Birthright. “Being a part of this is my most important work; on the other hand, it is completely not dependent on me.” he told JNS.

One of Mayanot’s central programs of every Birthright trip is a workshop about Jewish identity, where participants and Israelis are asked to express what being a Jew means to them.

According to Charter, this activity – and Birthright, in general – “gives the Israelis a chance to see the Diaspora and its great challenges to Jewish life in a new light, while showing them what a special place they live in and what huge opportunities there are for making an impact while creating an adult life here.”

Racheli reflected on this activity … “I had so many questions for the participants. We are all Jews, but it is so different. Everyone experiences Judaism as a completely different thing.” She maintained that the activity made her delve into her own Jewish identity.

“It’s easy to be Israeli and Jewish,” she told JNS. “All my friends are Jewish, and I experience Israel every day. I don’t get to think about [identity] that much. I just realized how hard it is to be Jewish in a non-Jewish country. I now think about it not as something you take for granted.”

Similarly, Charter maintained that “it is a great irony of history that the current and next generation of Israelis take for granted the most amazing and even miraculous project of the Jewish people: the State of Israel.”

Ayelet also discovered that while she loves being secular, the trip and its experiences helped her understand “how important it is that if I go abroad, I will keep Jewish traditions.” She found it sad that many American Jews were only “Jew-ish,” and before the trip didn’t even grasp the enormity of the Holocaust, which she believes “is important because it’s who I am.”

In addition, both young Israelis (like the New Yorker who has never been to the Statue of Liberty) were able to visit important sites that – even living in Israel their entire life – they had not been to, such as Israel’s Independence Hall in Tel Aviv. “It made me want to explore more of Israel, both new places and the places I already know,” said Racheli.

Touring the country and seeing Israel from others’ eyes actually opened the eyes of the two Israeli women as well. “The Americans said that what they really liked the most about Israel is the people. I knew that Israeli society was warm and accepting, but to hear it again makes me proud to live here," Racheli told JNS. “I am more proud to be Israeli now.”

Likewise, Ayelet said that after visiting the Taglit-Birthright Israel Innovation Center – a display of Israeli technology, entrepreneurship, and advances in research and development – “I knew we were awesome! I really love Israel and it’s a good place to live, but I realized at the Innovation Center how special we really are. When Israelis want to make a difference, we do it.”

She added that she hopes the participants come away with a similar message and image, noting concern over the way international press often covers Israel in a one-sided manner regarding the Arab-Israeli conflict and status of the Palestinians. Ayalet wants them to represent the “true Israel” – the positive, progressive people that they are – and to keep the negativity at bay.

Likewise, Racheli wants them “to get something from this journey for the rest of their lives, something that will change the way they see, and to feel and know they belong here.”

Your gift to Federation supports this important program. CLICK HERE to donate now.