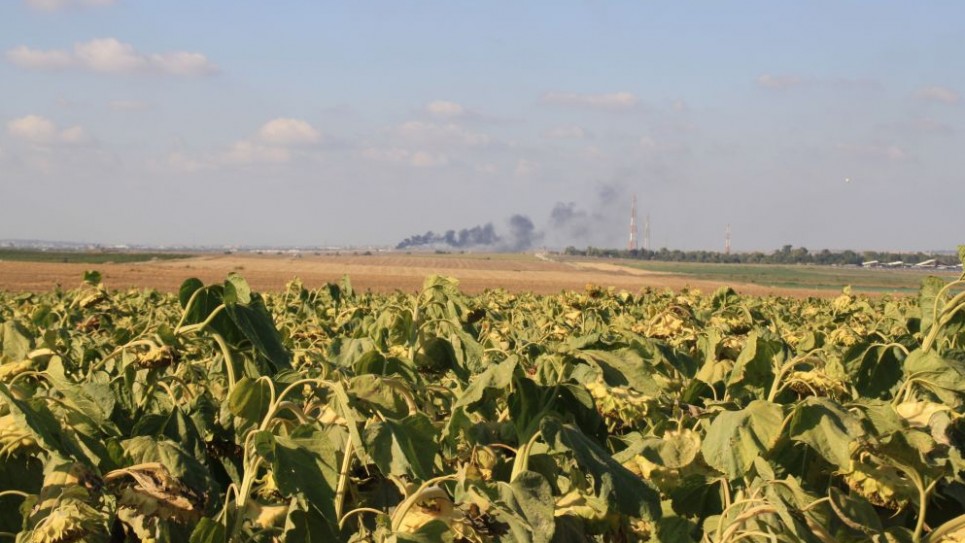 Israeli journalist, Amir Tibon, details the struggle of our sister community, Sha'ar HaNegev, in this piece for the Times of Israel when he moved to Kibbutz Nahal Oz, the “closest place in Israel to Gaza.”

He finds what he calls a “war-weary but insistently resilient community, and a haven from hatred,” and discusses learning about the struggles for those living not only outside of Gaza, but inside as well.

On a Friday evening four months ago, a friend from the US came to visit me at my home in Kibbutz Nahal Oz, the closest place in Israel to Gaza.

Only 875 yards (800 meters) of open fields, with an iron fence in the middle, separate Nahal Oz from the Gaza Strip. On the other side of that fence is Shejaiya, a neighborhood of Gaza City that was almost completely destroyed last year, when the IDF and Hamas were fighting door-to-door in its streets.

Nahal Oz is a green haven, with tall, leafy trees and long patches of grass, surrounding modest one-story houses. Shejaiya is a densely populated neighborhood with barely any green spaces, where tens of thousands of people live in ugly high-rises, amid piles of rubble. From the access road to Nahal Oz, you can easily see five huge stacks of dirt and dust in Shejaiya that were once multi-story buildings, but were taken down by the IDF after Hamas used them for shooting rockets. Their ruins have remained in place ever since the latest war.

My visiting friend wanted to go and have a look at Gaza, so we went to a point at the edge of the kibbutz that offers a good look across the border. On the way we passed by the kibbutz’s pool, with its crystal clear, cool water. It was 8 p.m. and the sun was making its way into the Mediterranean, but while on our side of the border, street lamps were beginning to light up, in Shejaiya everything remained dark. Not just the streets; also the visible homes and apartments, which house hundreds if not thousands of people. Had we returned to that spot two hours later, we would hardly see anything across the border. I’ve been living in Nahal Oz for almost a year and have gone to the observation point dozens of times, but only once at night. It’s too depressing to look at the complete darkness on the other side and realize that many people actually live in it.

Continue reading this wonderful story on Times of Israel.