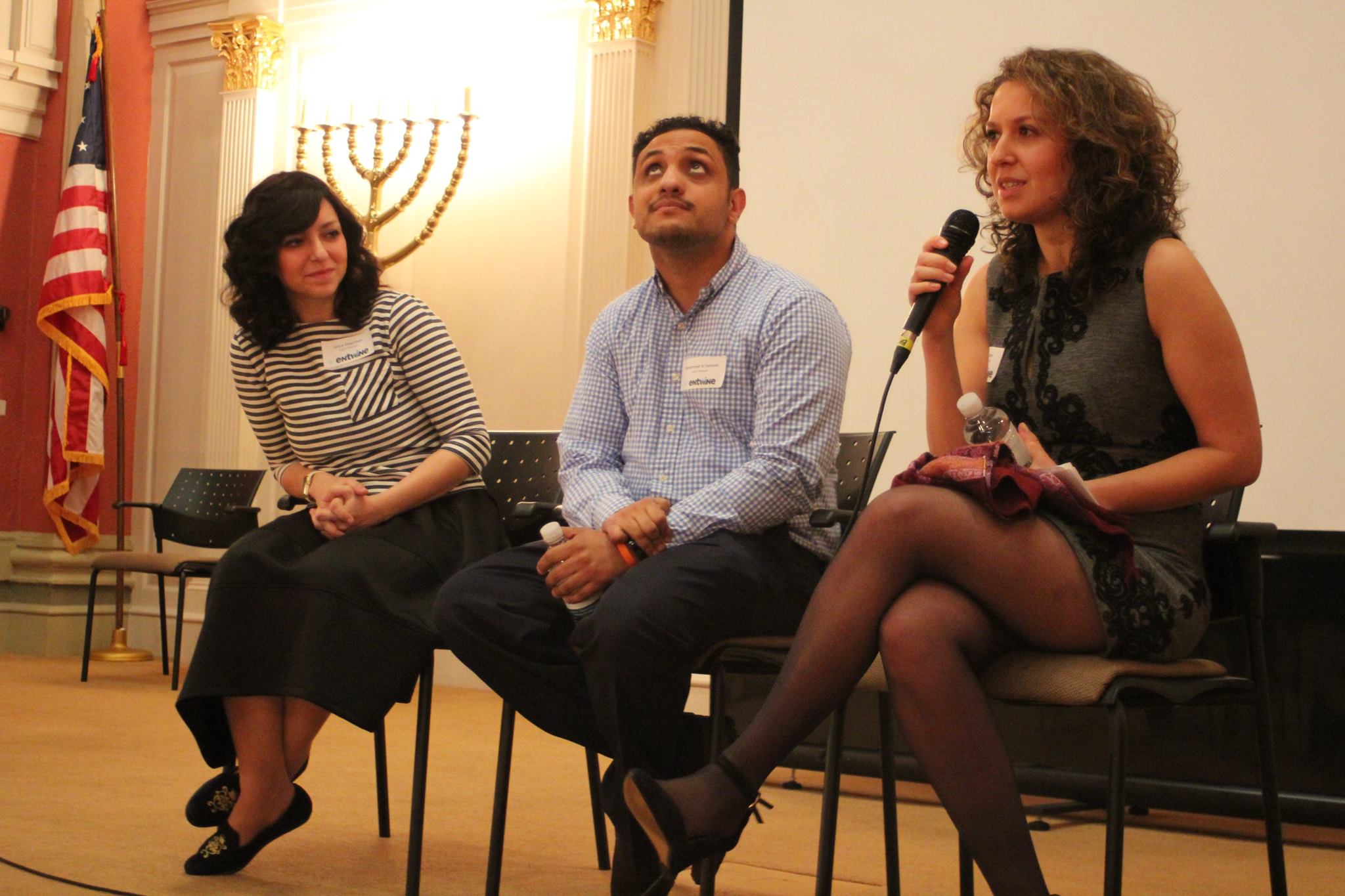 Lana Alman escaped the U.S.S.R. with her family as a small girl with assistance from Federation-supported agencies. The generosity she was shown  inspired her to pay it forward to help other immigrants professionally and through volunteering with Federation partner the American Jewish Joint Distribution Committee (JDC). This is her story.

While my dad stood in line at the U.S. Embassy, my mom and I pressed our faces against the store window to hide from the bitter Moscow cold. After hours of waiting, we got it: the winning ticket that granted us refugee status and permission to leave the U.S.S.R.

It was a time of long lines, economic unrest and anti-Semitism in Moldova. I avoided questions about my last name and ethnicity, but hiding it was nearly impossible—it said “Jew” in our passports.

Finally, on December 1990, with $600 for a family of four and help from Federation partners, we left for America.

We arrived in the middle of winter to empty snow-covered streets and houses decorated with Christmas lights. Our first trip to a local supermarket left my mom in tears of disbelief from aisles full of cereal boxes, large pyramids of fruit and shelves bursting with bread.

Despite the generous assistance we received from Federation beneficiaries HIAS and the local Jewish Family Service Association, our new life was still difficult. I began third grade knowing only how to count to 12 and say "I love you" in English. Children—even those who spoke Russian—were extremely cruel. Not knowing the language or the culture, I felt like a complete outsider.

My dad, a textile engineer, worked the night shift at a bed factory; my mom, also an engineer, sewed wheelchair covers. She often fell asleep at her desk, only to wake when her fingers got caught in the sewing machine. Eventually, they reinvented themselves — my father became an incredible florist and my mom a master tailor.

Throughout high school, I tutored ESL classes and welcomed new immigrants. My goal was to become an immigration attorney. In college I studied Spanish and received a scholarship for new immigrants from HIAS, always an important name in my family. I later served as a Fulbright Scholar in Chile focusing on women’s migration issues, and worked with unaccompanied Hispanic minors detained at the U.S.-Mexico border.

When I moved to Washington, DC to work as a government consultant, I again found Federation and a vibrant Jewish community. Through HIAS, I prepared Hispanic immigrants for their citizenship tests, and I currently support programs for Russian-speaking Jews with JDC—which helped thousands of them escape to freedom—and Entwine, JDC’s  initiative  for engaging young Jews in humanitarian work.

Had I not been a refugee, I can’t imagine what my life would be like today. My personal immigration journey defines who I am, including my true passion: accompanying other immigrants on their journey no matter where they might be from. Thanks to agencies like JDC and HIAS, my family and I were able to come here to pursue dreams we didn’t even know we had. I am beyond proud of our story and eternally grateful for all of the opportunities that we were granted in the United States.