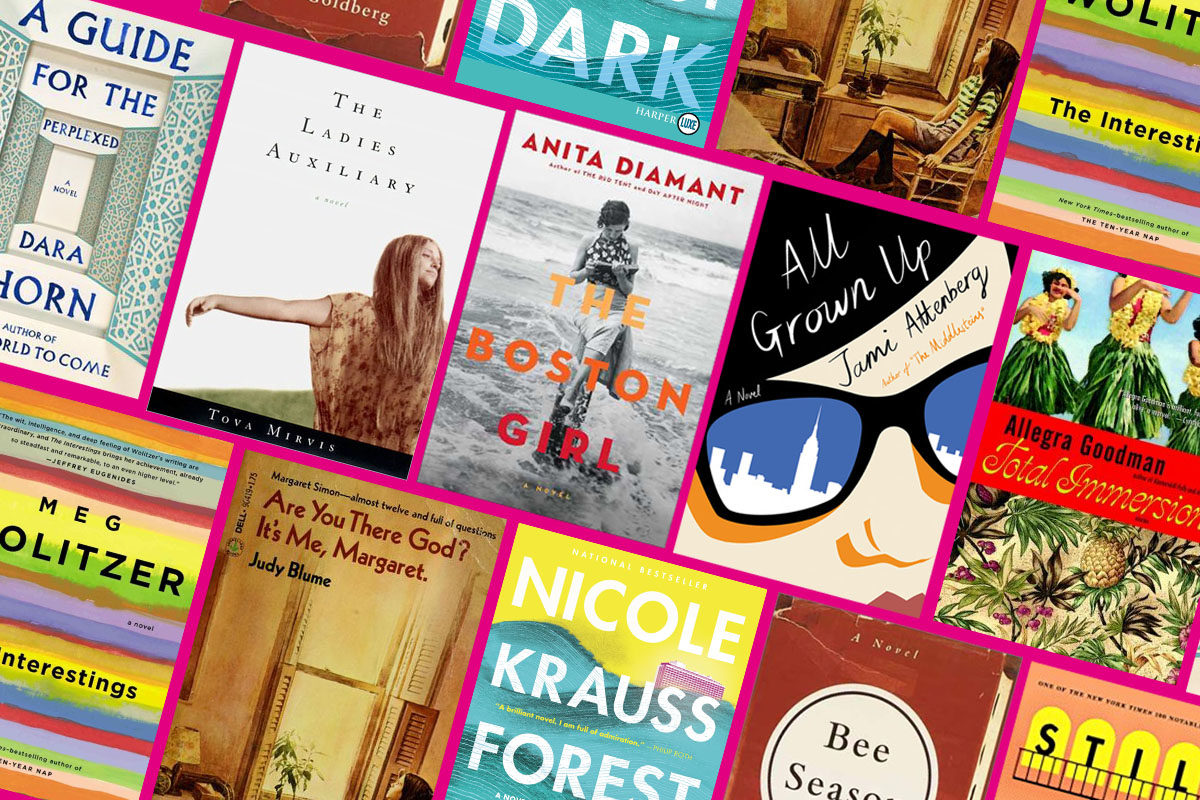 Philip Roth, a literary giant, passed away at age 85. As Charles McGrath wrote in his obituary in The New York Times, “he was drawn again and again to writing about themes of Jewish identity, anti-Semitism and the Jewish experience in America.”

But what Roth provided, of course, was a uniquely American Jewish male experience. As Shayna Goodman wrote in Lilith Magazine in 2014, “In his novels, Roth often writes about masculinity impaired by female sexuality; and this reveals something big and troubling about Roth’s attitudes towards women.” And as the Associated Press pointed out, “Feminists, Jews, and one ex-wife attacked him in print, and sometimes in person. Women in his books were at times little more than objects of desire and rage and The Village Voice once put his picture on its cover, condemning him as a misogynist.”

As the Times obit said, “Mr. Roth was the last of the great white males: the triumvirate of writers — Saul Bellow and John Updike were the others — who towered over American letters in the second half of the 20th century.”

OK, great, but where are our people? Who is capturing and writing the American Jewish woman’s experience? A whole lot of talented writers, it turns out. Here are 10 of them.

Wolitzer, the author of twelve novels (most recently, The Female Persuasion) is known for her über-readable stories of women’s friendships and relationships. In a 2012 essay on “women’s fiction” published in The New York Times Book Review — with the brilliant headline, “The Second Shelf” — she writes, “Some people, especially some men, see most fiction by women as one soft, undifferentiated mass that has little to do with them.” What makes Wolitzer’s work so powerful is that she unpacks the lives of women with skill and honesty. She told the Jerusalem Post in 2013, “Growing up Jewish is in me, in many ways that probably come out more subtly than in other writers.” Yet as one reviewer put it, “Imagine Anne Tyler as a Jewish New Yorker and that is what Wolitzer’s narrative voice sounds like. A shrewd arbiter of the human condition, she writes fiction filled with worldly asides about first wives, bad restaurants, and downwardly mobile offspring.”

Blume — the iconic young adult writer — weaves Jewish themes throughout her books, which address everything from puberty to having your parents get divorced. In Are You There God? It’s Me, Margaret, 12-year-old Margaret — born to interfaith parents — doesn’t identify as Jewish or Christian, but talks to God to ask for help in figuring out her faith… and getting her period. Starring Sally J. Freedman as Herself tells the tale of Sally, a young Jewish girl, who is trying to figure out who she is after her family moves from New Jersey to Florida. As Rahel Musleah wrote in Hadassah Magazine, “Even when Judaism is not overt, the unassuming way Blume presents the Jewish identities of many of her characters is a welcome surprise for Jewish readers, many of whom articulate their appreciation to Blume.” And don’t get us started on her immensely enjoyable adult books, which take on a very Rothian mix of relationships, sex, and New Jersey (albeit from the woman’s perspective).

Horn hones in on the intersections of American Jewish life; as she explained earlier this year, “In the 1980s and ’90s, when you told someone you were interested in Jewish literature, they’d hand you a book by Philip Roth. This whole generation of Jewish writers from the last century were really writing more about the first-generation American experience, the experience of Judaism as a social identity. And I was like, ‘This is so not what I’m looking for.’”

So, she wrote her own Jewish American literature. Horn’s five novels (and counting) are contemporary stories that help “bring alive” ancient Jewish texts. Her first book, In the Image, ties together the story of a young Jewish woman living in a New Jersey suburb with her best friend’s grandpa, an Austrian Jew who fled the Nazis. In On All Other Nights, she uses the Passover seder as a framing device to dive into Jews living in the South during the Civil War; in A Guide for the Perplexed, she magically weaves together the work of famed Jewish scholar Maimonides and modern technology.

As Mirvis wrote in an essay for the Jewish Book Council, “My Jewish self has always been inextricable from my writing self… my Jewishness is part of everything I write. It’s entrenched inside me, a permanent part of my eye even as I look out at other worlds.” Her first two novels — The Ladies Auxiliary and The Outside World — dealt very directly with the world of Orthodox Judaism. As she told Kveller, “I wanted to explore issues of belief and doubt, and the tensions between community and individuality, tradition and modernity. On a personal note, those books were a way for me to grapple with my own upbringing and life as an Orthodox Jew.” After Mirvis left Orthodox Judaism, she wrote a memoir, The Book of Separation, about her experience navigating a new world.

Diamant, perhaps best known for The Red Tent — a blockbuster telling of Genesis through the eyes of Dinah, a lesser-known biblical character — and her guides to Jewish life, is also a chronicler of the American Jewish experience. In The Boston Girl, Diamant tells the tale of a first generation Jewish woman growing up in Boston (uh, spoiler alert?). It’s a classic immigration story that focuses on the life of one woman, told through the lens of a grandmother telling her story to her granddaughter.

Attenberg’s novels focus in on suburban Jewish upbringing. Her latest novel, All Grown Up, is about nearing 40 without being married or having kids; the protagonist has been called the “anti-Jewish mother.” In The Middlesteins, we see what should be a “representative American Jewish clan,” but as Adam Kirsch writes in Tablet, “The stumbling block that undoes the Middlestein family is food — that American and American-Jewish obsession.” Attenberg wrote in 2006, she didn’t think she would define herself as a “Jewish writer,” and yet she finds herself writing about her relationship to Judaism and the breadth of the Jewish experience in America.

Goldberg is perhaps best known for Bee Season, a coming-of-age story told from the point of view of a precocious young Jewish girl who happens to be a spelling prodigy. The girl, Eliza, becomes obsessed with the world of kaballah and Jewish mysticism. As Goldberg explained, Jewish mysticism really stuck with her after a college class; “I believe in the inherent power of language and letters and words. The world started with God saying something, because language is powerful.”

While Krauss has said “it’s limiting to describe myself as a Jewish writer,” she believes “there’s no getting around the fact that Judaism, Jewish history, Jewish texts are rich material for me as a writer and deeply important to me to engage with.” Krauss’s fourth novel, Forest Dark deals most explicitly with the Jewish diaspora and American Jewish relationships to Israel; the main character, Nicole, is an American Jew who moves to Tel Aviv, Israel. Her first novel, The History of Love, tells the story of Leo Gursky, a Jewish refugee who wrote a book about a woman he loved named Alma, and 14-year-old Alma, who sets out to find her namesake.

Krauss distinguishes her generation of American Jewish writers from Roth; “I feel lucky to have that. I think in my generation it’s much easier than it was for, say, Roth, where there was just fury whenever he departed from the party line of how Jews wanted to present themselves in America. I haven’t found that to be the case.”

As Goodman wrote in our sister site, My Jewish Learning, “I don’t always write about Jewish people, but I am always a Jewish author.” Her novels and short stories (Kaaterskill Falls, Intuition, The Cookbook Collector, The Chalk Artist, The Family Markowitz, to name a few) address Jewish themes on varying levels. Her first collection of short stories, Total Immersion, focuses on Jews living in Hawaii — where Goodman grew up. By telling stories of Jewish lives outside of the traditional American Jewish backgrounds, she captures the diversity of the American Jewish experience.

Vapnyar, who emigrated from Moscow to New York in 1994, focuses on the lives of Soviet Jews in America. The Soviet Jewish experience has become a large part of the American Jewish experience — which is why Vapynar’s contributions to the literary landscape are so important. Her debut collection, There Are Jews in My House, tells the stories of Russian Jews living in Moscow and Brooklyn; Still Here, her novel published in 2017, focuses on Russian Jewish immigrants in New York. Vapnyar explained to the Birch Journal that she writes about the Russian émigré Jewish experience because she doesn’t know “about anything else.”

By Emily Burack for Kveller